‘I should never have thought I could stand it’ – January 1918

After the retreat following the Battle of Caporetto in October 1917 Mrs Watkins and many of her war nurse team went to Milan where they assisted at a canteen for French, Italian and British soldiers. They used the theatre at Arquata Scrivia as a recreation room and canteen for British soldiers. Other nurses went to work at a recreation hut at Cremona, the Red Cross British Convalescent Depot, or at railway canteens near the front line.

In January 1918 Teresa wrote that she wanted to nurse at the British Convalescent Hospital in Fasano, but her mother was against the idea. Teresa went to visit the hospital and her nursing colleagues on her honeymoon in 1919. 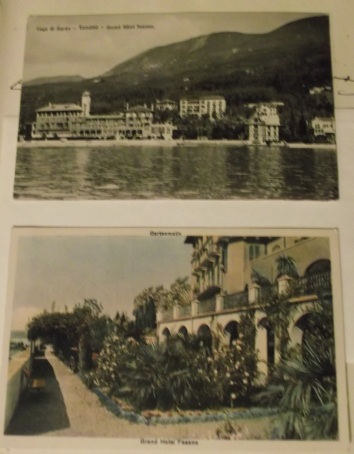 Instead, in 1918 Teresa worked at the American Hospital in Florence.

Teresa photographed in 1918 in the uniform she wore for working at the hospital in Florence.

Teresa wrote to her lifelong friend, Hungarian Countess Mary Dobrženský, describing her working day: ‘have to get up at half-past six and nurse without a moments rest from 8AM until 7PM! I should never have thought I could stand it.’

Dino (John Alfred) Spranger wrote to her on the 24th of January 1918 saying ‘I hope you are not absolutely killing yourself.’

John Alfred Spranger qualified as an engineer from the University of Milan and served in the Royal Engineers in Italy during World War I. Early in the war Teresa had assisted him with secret intelligence work.

In the same letter Spranger adds: ‘Your sister in Rome, whom I see occasionally, seems to be the only person in that office who is ever found doing any work!’ Teresa’s sister Gioconda spent early 1918 staying in Hotel Boston, Rome. She worked for the British Military Mission. Whilst in Rome Gioconda sat for a bust, as shown in this photograph.

Gioconda sitting for her portrait bust in Rome.

Gioconda had given up her previous war work for the Admiralty in London but remained in touch with friends that she had made there. Marjorie, a colleague in the Admiralty, writes to Gioconda: ‘There is a Miss FitzMaurice in the Chart Room who had met your sister – she was nursing up on your front & was in the retreat. She arrived in England with no money & no clothes beyond what she stood up in.’ 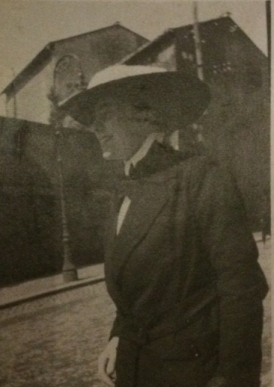 Marjorie also tells Gioconda about a young lady called Eleanor who dresses in a man’s sweater and trousers, commenting: ‘it is rather pathetic really & I suppose she likes her appearance herself.’

War work offered women new freedoms. They could earn their own living and enter careers they would have never have dreamed of before. Doing war work gave them the excuse to dress in more practical clothes and do things like go to cinemas unchaperoned, which was virtually unheard of before the war.

At one time Gioconda had considered doing munitions work in Britain, an occupation carried out by numerous women. David Lloyd George was Minister of Munition during the First World War, a role that helped him achieve the reputation as champion of Britain. However, it was decided that munitions work was not a suitable option for Gioconda.

Flame-retardant overalls were worn by munitions workers, as shown in this photograph in the Imperial War Museum Collection and the conditions they worked in were dangerous. Pomeroy skin food was used by munitions workers whose skin became dyed yellow due to exposure to TNT explosives, leading to the nickname ‘canaries’ being applied to them.

Lord Berwick remained in Italy as a cipher clerk. This gave him a welcome opportunity to meet Teresa more regularly. It seems that Thomas had met Teresa before the war and their first letters are concerning his search for information about contemporary Italian illustrators.

Lord and Lady Berwick with a pet dachshund at Attingham

They may have been in touch from as early as 1910. Lord Berwick’s land agent Louis G. Dease, address 22 Belmont Shrewsbury, who wrote to Teresa on June the 9th 1910. He sounds to have been on friendly terms with the family. Dease wrote: ‘My sister & I spent some ten delightful days in Venice with Sir Hubert Miller.’ Dease met Teresa’s family during his stay. Mr Hulton showed him his paintings and Costanza invited him ‘to see the Compus Domini Procession from your windows, such a beautiful sight.’ 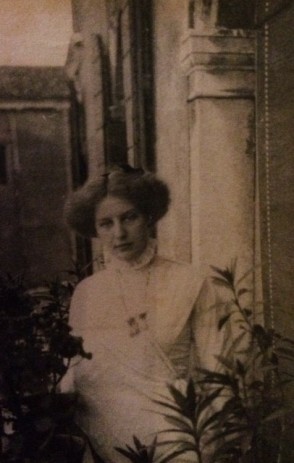 Teresa photographed on the balcony of the family home

Despite this, following Teresa’s marriage Costanza urged her to dismiss Dease as land agent: ‘You know I told you that you should set all your wits to work to improve the estate. I should begin by getting rid of Dease and then take a hint which Gulio gave me. He said English people generally had AMATEURS as land agents instead of taking young men who have trained in agricultural colleges and who had knowledge of that kind. I dare say they may not always be as satisfactory as the AMATEURS but you get at least some scientific knowledge. You know how much more Berwick made out of his dairy and vineyards after he took those scientifically trained men.’

Teresa did not act on this advice and Dease remained as land agent.

Lord Berwick offered to rent out Cronkhill, an Italianate villa on the Attingham estate, for a short period of 15 months as accommodation for nurses at Cross Houses hospital. From 1907 Cronkhill had been tenanted by Major Hanbury Tracy. 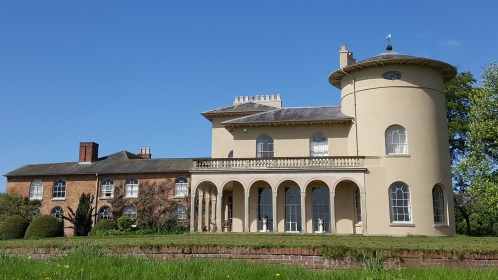